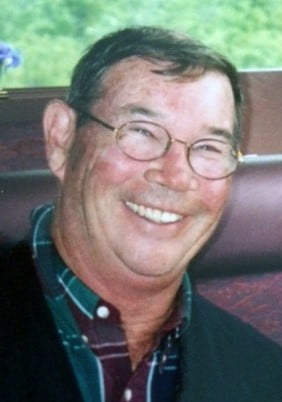 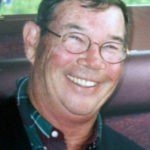 homas Hess, D.D.S of Alachua, Florida passed away peacefully surrounded by his family on January 4, 2019 at his home, after a long illness. Tom was born August 8, 1942, to Dr. A. Michael and Marjorie (Lane) Hess in West Union, Iowa. He graduated from St. Thomas high school in Rockford, Illinois; completed his Bachelor of Science Cum Laude from Loras College in Dubuque, Iowa; and Doctor of Dental Surgery from University of Iowa, Iowa City, Iowa. He met his wife of 48 years, Mary Louise Hess in Quincy, Florida where they married in 1970 and moved to Gainesville, Florida to establish his dental practice in 1972. He loved his patients and cared for them as if they were family for 35 years, finally retiring in 2008.

Dr. Tom had a comical soul with a generous spirit and a real zest for life. He was an avid fisherman, a huge Florida Gator football fan and was a member of the Gator Touchdown Club for many years. Tom actively supported St. Patrick’s Interparish School with his time and resources where his three daughters attended. Tom was a loving husband, devoted father, caring grandfather, and loyal friend. He touched so many lives with his sweet smile, infectious laugh and his memory will live in the hearts of all who knew him.

He is preceded in death by his parents, Dr. & Mrs. A. Michael Hess, brothers John David Hess, Timothy Hess and Michael A. Hess. He is survived by his wife Mary Louise, his daughters, Alison (Kevin) Dowell and their son Ashton Hess of High Springs, Florida; Catherine Reiff and her children Fischer, Wyatt and Mary Cate of St. John’s, Florida; Joanna (Brian) Wilkinson and their children, Ansley, Amelia and Benjamin of Oldsmar, Florida; a sister Mary ‘Cait (George) Reynolds of Neoga, Illinois; brothers Stephen J. Hess of Alachua, Florida and James M. Hess of Rockford, Illinois.

Visitation will be held from 4:00pm to 6:00pm on Monday, January 7 from 4:00-6:00 pm at Forest Meadows Funeral Home Chapel at 725 NW 23rd Ave in Gainesville, Florida. A service will be held on Tuesday, January 8 at 10:30 am at Holy Faith Catholic Church, Gainesville, Florida.  Burial at St. Madeleine Memorial Gardens, High Springs, Florida, immediately following the service.

In lieu flowers, the family requests contributions be made to Haven Hospice or to the Santa Fe Shrine of our Lady of La Leche at St. Madeleine Catholic Church.