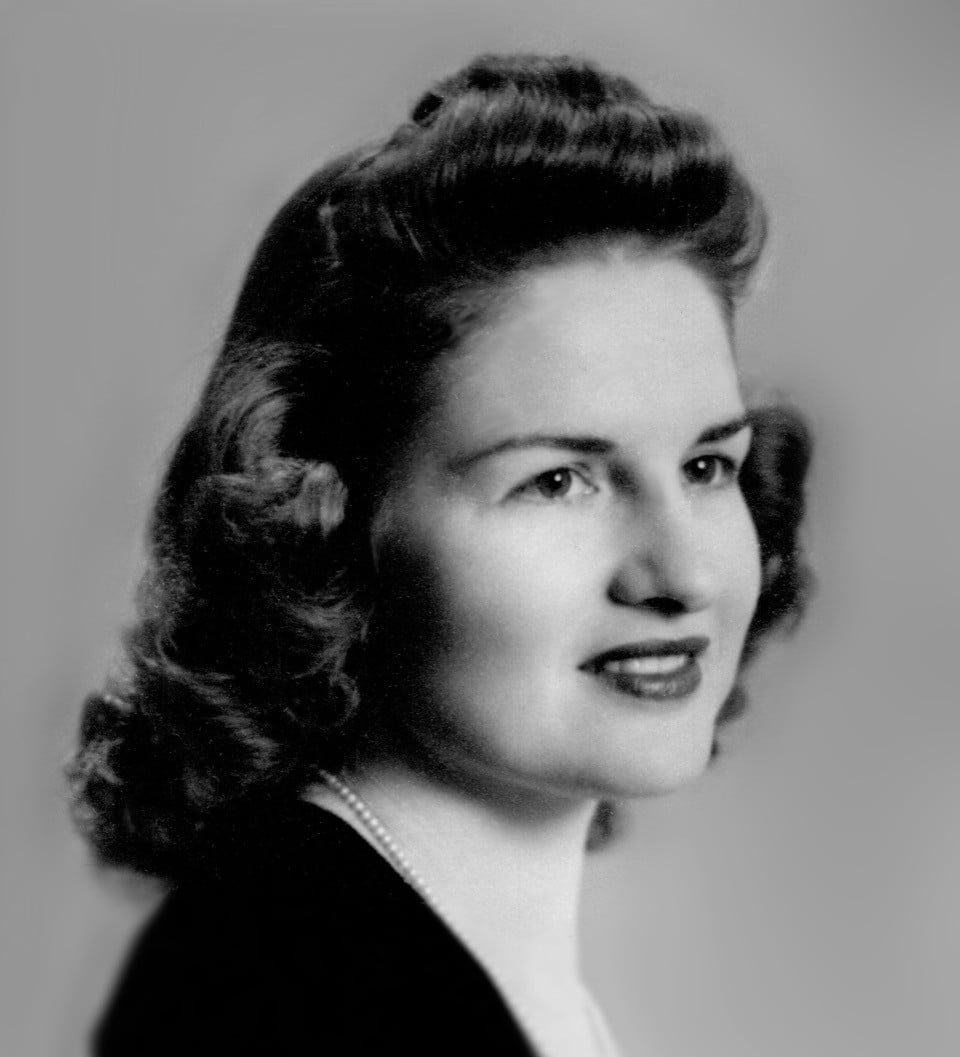 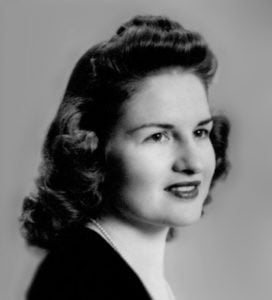 Eloise died July 24, 2018. She was born in High Springs, Florida, May 10, 1918 to the late Stephen McCall “Mack” Kennedy, Sr. and Bertha Lee Arline Kennedy.  The family was a life member of First Baptist Church. Eloise’s father was a conductor on the Atlantic Coast Line Railroad. As a child she traveled extensively on family train trips throughout the United States, Canada and Mexico.

Eloise attended elementary, secondary and high school in High Springs and graduated from the former High Springs High School in 1936. She entered Stetson University in DeLand, Florida (on scholarship) and earned her Undergraduate Degree in Public School Music Education in 1940. She became a life-long member of Zeta Tau Alpha sorority while at Stetson. She remained involved with the Stetson Alumni Association throughout her life, participating in many homecoming and alumni events.

After graduating from Stetson, Eloise worked as a music teacher and band director at Brooksville High School from 1940 thru 1942. During this time, she roomed in the home of the Rogers family. The daughters later founded and ran the Rogers’ Christmas House in Brooksville. Eloise retained a lifelong friendship with the two sisters.

In 1942, Eloise moved to Gainesville and worked as secretary for the Dean of the School of Forestry at U. of F. Sergeant Robert M. Adcock, a former classmate and fellow member of the Stetson Glee Club, was serving in the US Army at Camp Blanding, Florida. They became engaged to marry. Robert was transferred to Fort Lewis in Tacoma, Washington Eloise traveled by train to Tacoma with her mother, Bertha, and her soon-to-be mother in-law, Frankie Adcock. She often told of carrying her wedding dress and bride’s bouquet (created by her brother, Steve) in her lap the whole trip “for fear” they would become lost or damaged. Eloise and Robert were married in the chapel at Ft. Lewis, Washington, on November 10, 1944.

Eloise and Robert moved to St. Petersburg, Florida in 1946. Robert joined the family business, Adcock Motors Company (Later, Adcock Buick Company). Due to the war, there were few dwellings available so they lived temporarily with Robert’s parents. Their son was born in 1947, and they built a home for their family the next year. Their daughter was born in 1950.

Eloise and Robert joined Fifth Avenue Baptist Church. She was active as pianist and organist for Sunday School, choir and church services and served the church throughout her lifetime. She regularly played piano for civic and social organizations including Kiwanis, the Florence Crittenton Home, and West Central Elementary School PTA.

Eloise had grown up in “the country town” of High Springs, and was a talented cook, especially of traditional Southern fare. Fresh vegetables and ingredients were the foundation of everything she created. She won praise and numerous blue ribbons from The Pinellas County Fair for the cakes she baked.

In 1967, Eloise began substitute teaching in Pinellas County Schools. She was asked to join the ESEA Reading Program to help disadvantaged children learn to read and improve their reading skills. She often stated how personally rewarding it was for her to work with these children.

During her adult life, Eloise traveled throughout Florida and the US with a close group of friends or with her family. Despite her dislike of air travel, Eloise flew to California, Canada, England, and the Holy Lands.

The hallmark of Eloise’s life was giving to others; whether her talents, her food, or herself. She modeled this for her children and her friends. She was always available to be of support or assistance. Eloise was a woman of great faith which was reflected in all her activities. She was also an avid reader; well-informed about history and current events. She had an infectious giggle that could bring family or friends to tears of laughter.

There will be a private interment in High Springs, Florida.

In lieu of flowers, please make a memorial gift in Eloise’s name to either The Stetson University School of Music, Stetson University, Deland, Florida, https://www.stetson.edu/administration/development/give.php