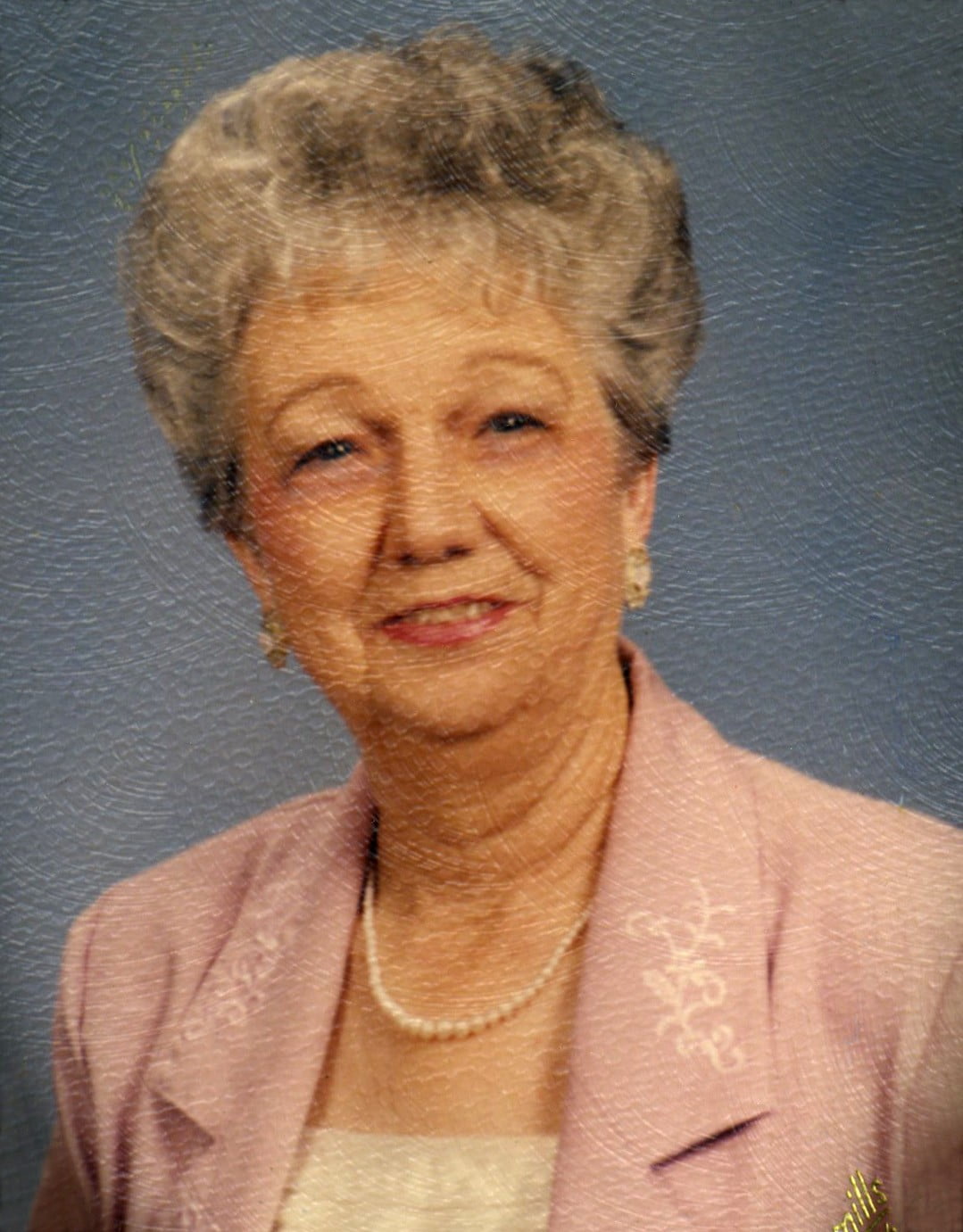 She met her husband Vandal Wilson between the 11th and 12th grade. She graduated in April 1945 and were married on September 9, 1945. They were married 58 years until he passed away in 2004.

She was a member of Easter Star, taught Vacation Bible School, and Juniors Sunday School, was a nursery worker, sang in the choir and sold Mary Kay Cosmetics. She loved flowers, crocheting, and music.

She worked for the City of Gainesville for 20 plus years as an administrative assistant.

She was preceded in death by her oldest daughter Cheryl Mercer.

In lieu of flowers memorial donations may be given to Haven Hospice of Gainesville, 4200 NW 90th Blvd., Gainesville, FL 32606

Visitation will be held on Friday, September 6, 2019 at 6:00 p.m. in the Evans Carter Funeral Home chapel. A graveside funeral service will be held at 10:00 a.m. at the High Springs Cemetery with Al Paulson, Jr. officiating.