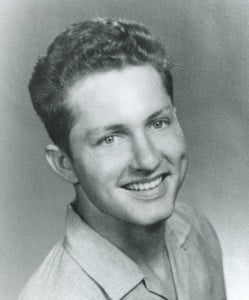 John L Thomas was born into a loving, spiritual family on June 8, 1937 in High Springs, FL.  His parents – Wade Thomas, Sr and Enolia Kelly – reared 9 children.  John L was the middle child and very close to his Grandmother – Eliza Douglas Thomas – who also lived in their home.  The Thomas kids have many happy memories that included hard work and great pranks.  John L and his siblings remained very close throughout the years and treasured their time together. He is survived by his sister Sandra Tyre, and his brothers, Charles Thomas and Wade Thomas, Jr.

John L is a graduate of Bell High School where he graduated at the age of 21 due to taking time out of school to work on the family farm.  John L boasted that he dated most of the girls at Bell High School and enjoyed the title of Homecoming King.

In the late 1960’s John L started Centurion Press and later A1 Printing.  John L was the ultimate entrepreneur – always thinking always innovating.  His sister Ruth Tanner knew of these qualities and upon his retirement encouraged him to invent what is now the Thomas Corn System.

Over the last 15 years John L traveled throughout the south promoting his corn system.  And, moved to the town of Providence, FL and married Carolyn Stanton of Green Cove Springs, Fl.

John L is survived by his loving wife Carolyn and his two children John and Connie and 6 grandchildren (Jonathan, Bobby, Sammy, Emily, Aaron and Addie Beth) and 7 great-grandchildren.

John L’s humor and wit will be greatly missed!  John L left this world in the way he would have wanted.  Just before he passed he proclaimed, “I want to go home” and within a few minutes he left his earthly body.  He is now reunited with his Heavenly Father and the many friends and relatives who awaited his laughter there.