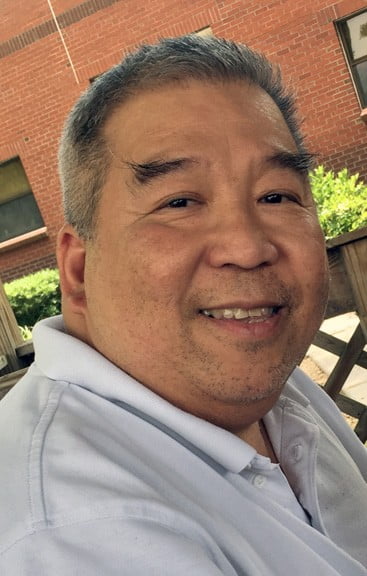 On Saturday, August 3, 2019, it is with great sorrow that we announce that Licerio Ting Go, loving husband and father of three children, passed away at the age of 64.

Licerio was born on August 27, 1954 in Pasay City, Philippines to Go Guan and Giok Chui. As an avid and vibrant youth he managed to attain his degree in Engineering in Far Eastern University, and he worked his way through life diligently eventually becoming a self employed owner of an Assisted Living Facility by the name of Southwest Retirement Home in Gainesville, Florida. On May 11, 1986 he married Jennifer Cheng Go. They raised two sons, Josh Lioneil and Lance Jorell, and one daughter, Larenz Jewel.

Licerio had a bright, dynamic and active spirit. In the community that he served and worked in, he is remembered by the camaraderie that he shared with the people around him. Among his family, friends, and employees, Licerio did not hesitate to make their day a little bit brighter with his often silly sense of humor and quick wit. Belying that trickster sensibility would usually be an undertone of implicit care and concern which he shared with everyone, leading to lasting friendships. He was known for his dry sense of humor, his ability to take a joke, and for being a remarkable source of affinity and companionship to those around him. He always enjoyed a good meal with his loved ones, and always found joy in new things and experiences that he shared with his family.

Licerio was preceded in death by his father, Go Guan, and his mother Ting Giok Chui. He is survived by his wife Jennifer, and his three children, Josh Lioneil Go, Lance Jorell Go, and Larenz Jewel Go.

The visitation, funeral service and internment will be held on Tuesday, August 13, 2019, at the Catholic Church of St. Madeleine on 17155 NW US Hwy 441, High Springs, Florida at 9:00 a.m. In lieu of flowers, memorial donations may be made to Southwest Retirement Home, 3207 SW 42nd Place, Gainesville Florida 32608.