Marsha Slater Repp was born in Miami, Florida on April 27, 1948, to Averill and Geneva Slater. She entered Heaven’s gates on March 27, 2017, in Gainesville, Florida.

Marsha and Jim moved to Gainesville, Florida in 1993, where Marsha started working as a Floral Designer.  She enjoyed visiting with friends, going to church, crafting, reading, spending time with her family, and the beach.

She is survived by her daughter and son-in-law, Cinnamon and Ben Repp, her son and daughter-in-law, Dax and Christy Repp, her two wonderful granddaughters, Haley and Laney Repp, and her sisters Marion Appel and Suzanne Beatrice.

Marsha was a Loving Wife, Mother, Grandmother, Sister, and Friend. She continues to live deep in our Hearts and Memory, forever and ever. 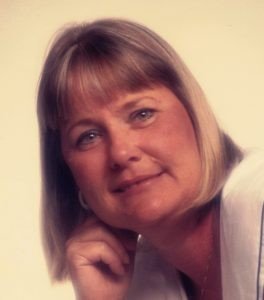