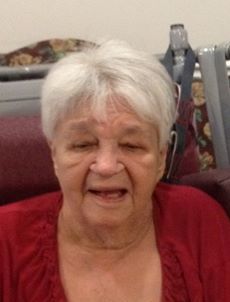 90 of Fort White, FL, died Sunday, May 24th at Baya Pointe Nursing Center. She was the daughter of the late Jan and Maria Szemlak of Opaka , Ukraine and the beloved wife of the late Kazimierz Pawelkiewicz.

She was born December 12, 1924 in Opaka, Ukraine.  As Nazi Germany was preparing for war they moved through the Ukraine taking the oldest daughter of each family to work in their labor camps. At age 14, Melania volunteered in place of her oldest sister to be enslaved in a Nazi labor camp and never saw her family again. She was liberated by the Allied Forces in 1945.  After meeting and marrying Kazimierz in a post-war detention camp they immigrated with their two oldest children to Chicago, IL, in 1951. That courage and strength stayed with her for a lifetime.

Melania was employed as a janitress by the Prudential Life Insurance Co, moving to Fort White, FL upon her retirement. Affectionately known as “Buscia” she was a fabulous cook. She made sumptuous Polish meals that were enjoyed by all who came to her table. She never wrote down a recipe, but cooked everything by touch and taste. She was an avid WWE fan and quite the fisherman.