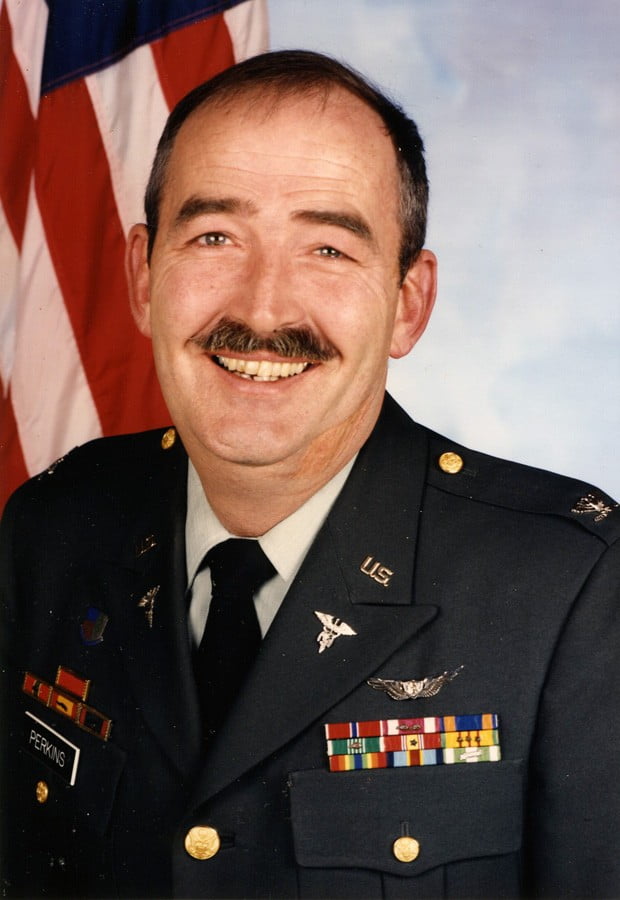 Peter Vernon Perkins, Colonel (retired), US Army, Medical Service Corps, of Gainesville, passed away at age 72 on May 27, 2019 in Alachua, Florida.

Peter Perkins, patriot, entomologist, academic, golfer, and lover-of-nature was born in Bangor, Maine to Louise and Raymond Perkins.  He went to Brewer High School, earned his Bachelor’s degree on a ROTC scholarship from the University of Maine in Orono, earned his Master’s degree in Entomology from the University of Arizona, and earned his PhD in Entomology from the University of Florida.  He entered the US Army in the Medical Service Corps as a Second Lieutenant and deployed to Vietnam in 1971 where he earned a Bronze Star.  He continued to serve in the Army as an avid researcher with many publications, national presentations, and book chapters on tropical diseases such as Leishmaniasis and Malaria.  He rose to the rank of Colonel, serving in key positions to include the Medical Entomology Consultant to the Army Surgeon General and Executive Director of the Armed Force Pest Management Board, and retiring in 1995 with the Defense Superior Service Medal.

He is preceded in death by his father, Raymond, and his first spouse, Linda.

He is survived by his wife of 44 years, Venecia; his mother, Louise Perkins, his brother and sister, Gerald Perkins and Diane and Mickey Mallory; his sons and daughters-in-law, David (Whitney) Perkins, Jeremy (Kelly) Perkins; and his ten grandchildren, Linda, Cameron, Noah, Kira, Christopher, Seth, Christian, Lauren, Luke, and Elijah.  He will be lovingly remembered for his intelligence, kindness, humor, and encyclopedic knowledge of nature and everything crawling in and outside the house.

In lieu of flowers, memorial donations may be made to the North Florida Humane Society, 4205 NW 6th St., Gainesville, FL 32609.

A Celebration of Life will be held at a later date.  He will be buried at Arlington National Cemetery in Virginia at a future date.